Stuttgart / Dietmannsried. By buying two ComfortClass 500 coaches, Arnold Reisen GmbH shows its faith in the Setra brand. The family firm which was founded in the Allgäu region in 1927 has used buses of all Setra model series. The S 515 HD equipped with 40 seats and the S 516 HD with 48 travel seats both represent a high level of comfort, safety and economy. With their modern driver assistance systems, the touring coaches, which also feature flashing LED lamps when the luggage compartments are open, boast the most up-to-date safety technology.

Walter Arnold, the managing director of the third generation of the family firm, is pleased at the increasing numbers of passengers: "For us, the coach is the most environmentally friendly, the most comfortable and the safest form of transport that also promotes social contact. We're confident that coach travel will prevail in the long run in these difficult corona times, partly thanks to high Setra quality." For Walter Arnold, the ultra-modern climate control systems are very important, as they guarantee a high proportion of fresh air in the coach while on the road.

Altogether, Arnold Reisen GmbH has 18 buses in its all-Setra fleet. Also, the company acquired one S 415 UL business, which is used on local regular-service bus routes in the Kempten region.

Stuttgart / Garmisch-Partenkirchen. Once Setra, always Setra. That is the motto of "Hans Biersack GmbH Coaches and Travel". A new S 516 HD with 53 seats is now also part of the Upper Bavarian family business. The first trip made by the ComfortClass 500 touring coach took passengers around the "Wilder Kaiser" mountain range in autumnal Austria as well as to Lake Achen.

The bus company with its own travel agency, located in Garmisch-Partenkirchen, is proud of its all-Setra fleet. "Since the company was set up, we haven't had any other make of coach," says Hans Biersack junior, who runs the company together with his father. With two additional S 515 HD models, Biersack currently has a total of three buses from the current Setra 500 model series in its fleet. These are replaced by new vehicles every ten years.

Stuttgart / Wallgau. Bus corporation Günther Hornsteiner chooses Setra again, with a new S 516 HDH. The four-star long-distance coach from the 500 TopClass is the third premium vehicle from the current model series to operate in the upper Bavarian family firm, alongside an S 515 HD and an S 516 HD of the ComfortClass. "The TopClass combines the highest level of comfort, individual luxury and technical excellence, which makes for a splendid travel experience," says Günther Hornsteiner, who runs the company together with his wife Martina.

The S 516 HDH, which is predominantly used on trips over a number of days, is equipped with a panoramic glass roof and 50 high-quality Setra Voyage Ambassador seats with comfortable upholstery, a generous sitting surface and ergonomically shaped backrests. The modern heating and climate control design ensures that all passengers – from the front to the back row – enjoy an evenly high level of climate comfort. Also, the coach is equipped with the latest safety systems that the Setra brand currently offers. 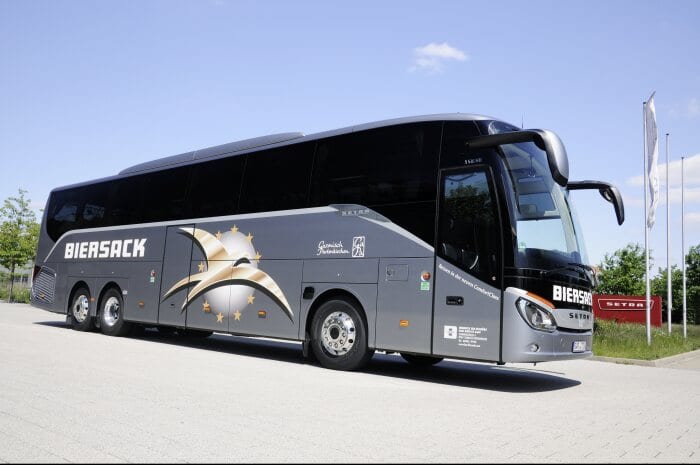 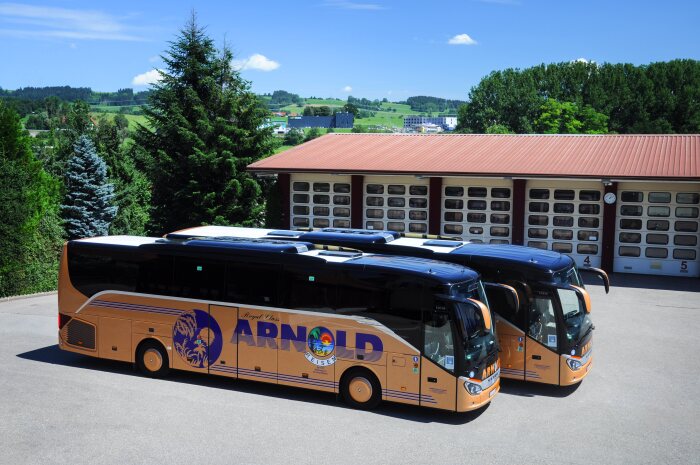