Stuttgart / Hamburg - Its official world premiere is yet to come, but the first major order has already been placed: Mercedes-Benz will deliver 20 of the new, fully electric Citaro city buses to Hamburger Hochbahn AG. The first two units will be handed over before the end of this year.

Till Oberwörder, Head of Daimler Buses: "The first major order for our fully electrically powered, emission-free Citaro has been received even before the official premiere, demonstrating the confidence transport operators have in our concept for electromobility in urban public transport. With the Citaro, we are bringing a major component on the way to locally emission-free bus traffic to market."

The new, fully electrically powered Citaro will enter series production before the end of this year. It particularly impresses with its maximum energy efficiency. This is based on a unique thermal management system. It reduces energy consumption, and therefore increases operating range. An energy-saving heat pump is used to warm the passenger compartment, for example. Electric motors near the wheel hubs power the rear axle.

The new, fully electrically powered city bus is based on the globally best-selling Mercedes-Benz Citaro. This has now notched up sales of over 50,000 units over two generations, is in operation in almost all major western and central European cities and performs sterling service on several continents.

Close and successful partnership for many decades

Hamburger Hochbahn AG services 111 routes and 1327 bus-stops with around 1000 buses. These carry around 212 million passengers each year.

Mercedes-Benz and Hamburger Hochbahn AG can look back on a very long-standing and successful partnership. In 1997 the Hamburg-based operator was one of the premiere customers for the first generation of the revolutionary Mercedes-Benz Citaro low-floor city bus. To date Mercedes-Benz has delivered well over 1000 Citaro buses to Hamburg. Be it with the joint development of the articulated pusher bus more than 40 years ago, or most recently with the operation of the Citaro FuelCELL and FuelCELL Hybrid in Hamburg – Mercedes-Benz and Hamburger Hochbahn AG are driving innovative technology forward together. 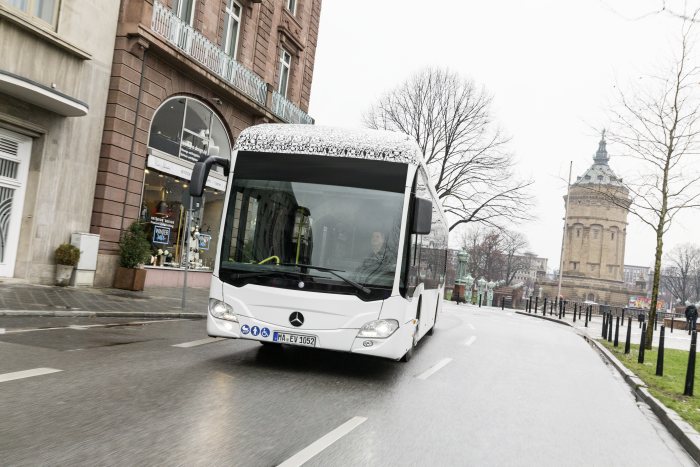 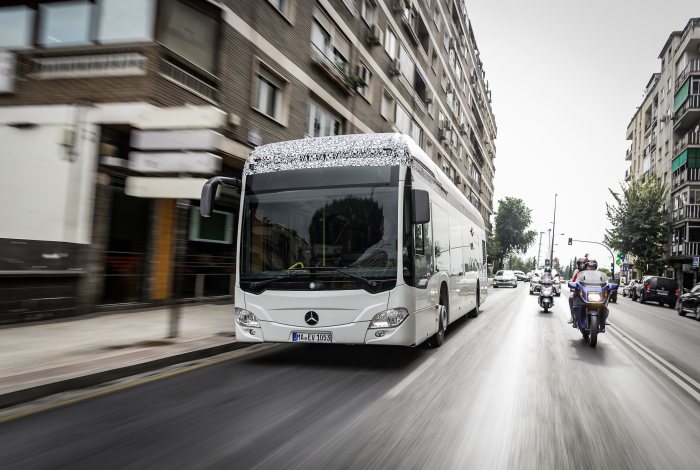