Stuttgart / Wörth am Rhein - Sustainable, highly flexible and ideally positioned for the future of transport: The Mercedes-Benz plant in Wörth is becoming the center for emission-free transport within the Mercedes-Benz truck production network. Management and works council have agreed on a corresponding target picture for the site. Both parties agreed on key points for the future development and safeguarding of the future of Mercedes-Benz Trucks' largest location. Among other things, this includes the decision to locate the production of further trucks with CO2-neutral drive systems at the Wörth location. In addition to the Mercedes-Benz eActros, which will already go into series production there in October 2021, the production of further Mercedes-Benz zero-emission trucks, such as the eEconic and eActros LongHaul, is also planned for Wörth in the future. Accordingly, Daimler Truck will continue to invest substantially in the location in the coming years - a clear commitment to Germany as a business location and to the Mercedes-Benz plant in Wörth.

"Today we are laying the foundation for the future of the Mercedes-Benz truck production. The technology shift in our industry towards locally emission-free trucks also implies an immense transition for our locations and production. With the new target picture for the Wörth plant, we are securing the competitiveness and thus the long-term future of the location: In the future, we want to greatly expand the series production of our electric trucks here and are already creating the conditions for this," says Sven Gräble, Head of Mercedes-Benz Trucks Operations, responsible for the global production network of Mercedes-Benz Trucks.

Thomas Zwick, Chairman of the Works Council Mercedes-Benz Wörth plant: "After intensive negotiations with the management, we agreed on a strong and viable vision for the future of our plant. We have thus succeeded in securing employment and complying with existing collective agreements. I am proud that the works council has received a commitment to produce the new models in Wörth. We have thus secured the long-term future of the site and can confidently shape the transformation together with the employees. The new products offer many career opportunities and development possibilities."

The vision for the future of the Mercedes-Benz plant in Wörth is determined in a works agreement with a term until the end of 2029. The details for implementation will be further elaborated between management and works council in the coming months. Substantial funds will be required for the upcoming transformation of the site, including the conversion of production. The company will continue to invest in the site for this purpose in the coming years; however, the transformation also requires support from the public sector. Accordingly, Daimler Truck AG has submitted an application to the German government as part of the funding for hydrogen and fuel-cell technologies, which also includes the conversion at the Wörth plant. The state government of Rhineland-Palatinate has already signalled its support in the last government declaration.

The decision about the location for trucks with alternative drive systems forms an important pillar of the plant's new strategic orientation. Sven Gräble: "Though, we are going even further: Wörth is becoming the hub for the transport of the future in the Mercedes-Benz truck production network. We are bundling our technological know-how with fully flexible and thus even more efficient production, and all of this in a CO2-neutral, digitalized factory with corresponding logistics and infrastructure."

At the German Powertrain sites, the Mercedes-Benz plants in Gaggenau, Mannheim and Kassel, management and works council are also currently engaged in intensive talks on the future orientation of the sites. The talks are already at an advanced stage and an agreement is to be reached as soon as possible.

In its transformation toward CO2-neutral transportation, Daimler Truck is consistently relying on two all-electric drive technologies: Battery and hydrogen-based fuel-cell. With these, every customer application can be covered with full flexibility in terms of routes - from well-plannable, urban distribution to difficult-to-plan, multi-day transports. Which solution is used by the customer depends on the specific application.

As the first battery-electric truck, the Mercedes-Benz eActros for routes in distribution transport will go into series production at the Mercedes-Benz plant in Wörth in October 2021, followed by the eEconic next year. The battery-electric eActros LongHaul for long-haul transport will follow from the middle of the decade. With the decision to manufacture the zero-emission trucks in Wörth, the company is securing the long-term capacity utilization of the plant and stable employment at the site.

Qualification and flexibilization as the key to the future

New assembly processes are being introduced at the Wörth plant for the production of trucks with alternative drive systems, including the necessary infrastructure. Daimler Truck is thus doing pioneering work for CO2-neutral transport "made in Wörth". Decisive factors on the way to this goal are both the qualification and further development of the workforce and the greater flexibilization of production. The aim is to prepare the workforce for future tasks. Since 2018, around 2,000 employees have so far gained further qualifications in the handling of high-voltage vehicles and components at the site's own training and development center in Wörth - and acquired indispensable skills for the assembly of electrically powered trucks.

Highly flexible production will ensure the efficient production of both conventional and zero-emission trucks at the Mercedes-Benz plant in Wörth in the coming years - and thus the competitiveness of the entire site. The so-called fullflex concept makes it possible to integrate zero-emission trucks into existing production. In this way, the plant is able to adapt efficiently and even faster to the respective market demand and reliably meet the demanding quality standards of Mercedes-Benz. In addition, the plant is currently preparing to significantly increase production capacity in line with the current positive order situation by switching from two-shift to three-shift operation before the end of this year.

In addition to the products, the entire Wörth site, including production, will be CO2-neutral from 2022, just like all other European Daimler Truck plants. A unique green power concept at Daimler makes it possible, among other things: CO2-free power procurement from renewable energy sources will form the basis for CO2-neutral production. As part of this, the site will obtain electricity from wind and solar farms as well as hydroelectric power plants from 2022 onwards. On the way to becoming a green factory, the Mercedes-Benz plant in Wörth is also to operate CO2-free in the long term by successively establishing a completely renewable energy system over the next few years. The constant improvement of energy efficiency at the plant also plays an important role. One example: In the long term, a central absorption refrigeration system will replace hundreds of decentralized air-conditioning units at the site, using existing heat instead of electricity for air conditioning. Existing buildings and infrastructure are also being completely renovated in terms of energy efficiency, and new, more climate-friendly technologies are being used in production, such as the "Eco Paint Process" in the paint shop.

About the Mercedes-Benz Wörth plant 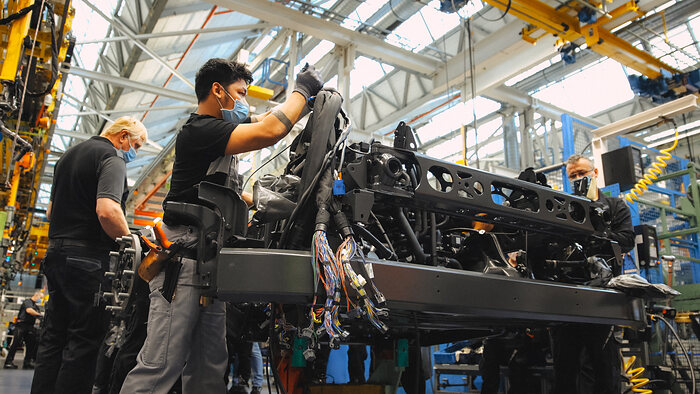 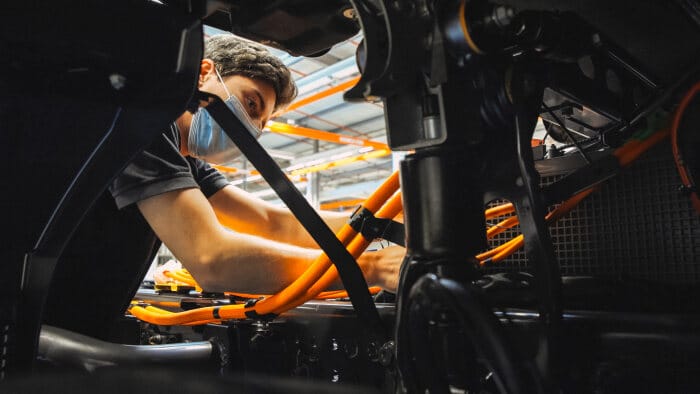 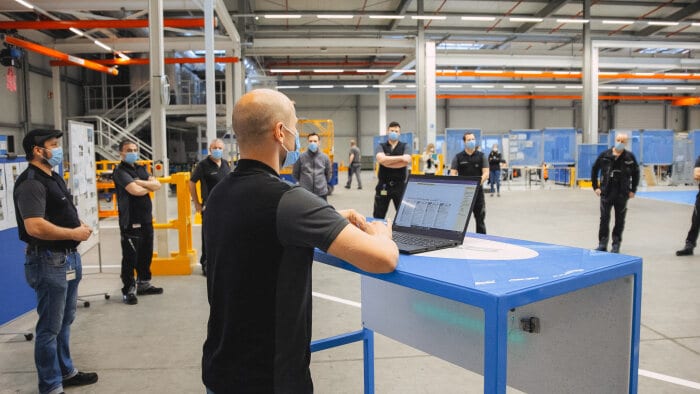